There’s something rotten in the State of Denmark 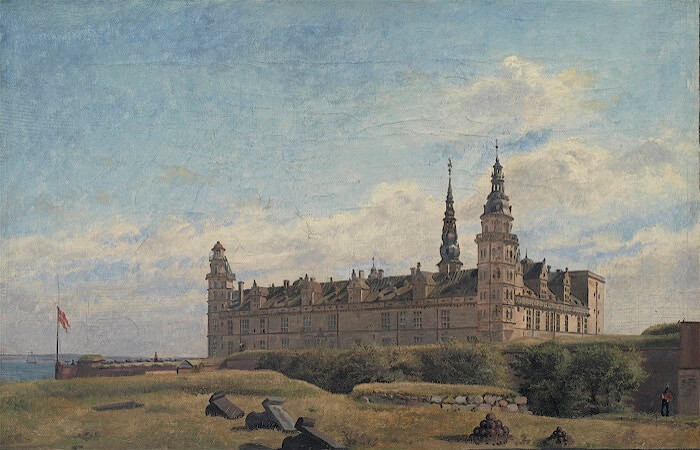 In 2018, Denmark was still in second place with its population of 5.5 million. In general, Northern Europeans are very satisfied. Finland, Denmark, Norway and Iceland replace each other in the top four places of the happiness index – Sweden also ranks seventh. In between are the Netherlands and Switzerland. The rest of the world rank lower. Conclusion: People are doing well in Scandinavia. This is due to high incomes, long life expectancy and a well-functioning social security system. Corruption is not a problem in Scandinavia, where the same countries also occupy top positions on a worldwide scale. So it is said.

Yet Jeanette Strauss, Per X and Bitten Vivi Jensen are anything but happy Danes. They ended up in the clutches of an increasingly privatized welfare state. They have become victims of an undetected pan-European trend.

In Denmark, too, a restructuring of the society began in the spirit of market radicalism at the beginning of the new millennium. Smaller state, tax cuts, agile private companies instead of public dinosaurs, these were the promises of the beautiful new neoliberal world ”Made in Europe”. Tony Blair overtook Margaret Thatcher so sharply right that the Iron Lady described ”New Labor” as the greatest success of her reign. In Germany, Gerhard Schröder and Joschka Fischer used the ”Nixon effect”. It was thus named because it was Richard Nixon, a communist eater of the McCarthy era, who established relations with China. He was able to do this because no one thought he was too soft and careless towards ”The Yellow Danger” and the Communists, such as John F. Kennedy had been accused of being.

Based on the same logic, it was also possible for ”New Labor” Germans Schröder and Fischer to reduce the workers ’social safety net of rabidly to transfer the money into the owners’ pockets. Somehow, no one really believed that was how they did it. Agenda 2010[1] was launched in Germany, and Peter Hartz lend his name to a reform, which later gave the German SPD (Social Democrats, red.) a decline in voter turnout. Meanwhile, the venerable party is heading downhill, not least because of the ”Hartz 4”[2].

Also the traditional social democratic communities in Scandinavia were ”modernized”, as it was named at that time. To save on public spending.

Jeanette Strauss was a single mother with two children. * Her 14-year-old daughter, Frida, was staying at a continuation school. From which she was expelled, along with 50% of the entire school, because of smoking. Shortly before was Jeanette Strauss[3] suddenly dismissed, which is possible in super-social Denmark. Illegally, it turned out later. But with her low income she had largely lived from hand to mouth and did not know how to pay the rent without pay. She went to the municipality and asked for help, about a loan that could be repaid over a few months, social security, something that would help her out of the impending evil spiral.

She got no help. Instead, after 20 minutes of conversation, the caseworker at Frederiksberg Municipality decided to remove Jeanette Strauss’s daughter from the home. Frida Strauss was brought into a room where she was instructed to choose a foster family she would stay with for a few weeks until her mother had calmed down. She was told that it was her mother who wanted it that way. It was a lie. Frida did not want to leave her mother, but she was not allowed to see her anymore.

The municipality believed that Jeanette Strauss had consented to the removal of her daughter.
Jeanette Strauss couldn’t believe what was happening. She became angry, cried and scolded the municipality’s case workers. Her despair was used against her as evidence that she could not take care of her daughter and needed psychological treatment. It was imposed on her. This took place for several years until it was officially admitted in 2019 that there were errors in which any applicable law had been violated.

Meanwhile, Jeanette Strauss had lost her ability to work, her daughter had developed alcohol abuse and had been neglected in the custody of the care-giving family. The family was devastated and turned into a social case. Now Frida Strauss is of age, on her own course of life and fighting for herself and her mother’s rights[4]. Jeanette Strauss reads a letter to the politicians at a city council meeting at Frederiksberg City Hall, which Frida had sent to the “Ombudsman”. Frida never got an answer. Here are Frida, Jeanette Strauss and at the bottom Bitten Vivi Jensen. YouTube screenshot. Co: Life over Law: “Frb. municipality smashes whole family”. 04/28/2018.

It was and is particularly shocking that Jeanette and Frida tilting at windmills for years without the opportunity to initiate lawsuits that could have quickly remedied the situation. Her situation was Kafkaesque, despairing. And she is desperate!
Alongside the fictitious world and laws of the rule of law, there was the reality of a world of measures that she couldn’t come up against.

Per X was a boatbuilder and had worked continuously since the age of 13. He suffers from a rare gene defect in which mother marks attack his nerves and organs. Only about 150 people in the world have this gene defect. The final diagnosis was made by a German university professor based on tissue samples. But Per X knew nothing about it at that time. He only noticed that he was getting worse and worse. He talked about symptoms such as pain in the muscles of the left leg, left arm, severe headache and fatigue. He was unable to work. After some time, he lost the right to social security.
Per got a depression; he did not know how to support his family. He was therefore admitted to the closed psychiatric ward. A municipal employee tried to get him into temporary employment, as stipulated in the guidelines, so that his income could cover the costs of the case. In his electronic journal at the Job Center, Per discovered that he should have received 390 hours of psychology treatment that had been billed. But he never received that treatment. A lot of money had disappeared into a black hole. But who was the black hole?

Per read on **K10 and later on Facebook about a similar case. He contacted the person and together found the other **seven with similar cases. They suspect that **all Danish municipalities in this way are scamming with citizens’ money.

The social services fraud that privatization should prevent seems organized. Unscrupulous ”entrepreneurs” thus exploit the system for their own gain.
An entire industry has emerged that takes care of getting sick and disabled people in temporary employment. Everyone must go through work testing to see if they are still able to work, even cancer patients or very old people. They then must work to be able to get transfer income. In this way, the companies have set up an army of slave laborers that they can exploit and where the municipalities earn on the citizens’ transfer income.
Not surprisingly, the willingness to deceive lies not only among the unemployed, but to a much greater extent in an economic system that considers cheap labor as a business model.

However, the proponents of this economic model will object that the flaws in the system are always human. The system is infallible.

Jeanette and Per are not isolated cases. A social worker and Occupational Therapist, Bitten Vivi Jensen[5], went to the public on Facebook because the media she had spoken to would not ***follow the story.

She had collected and published more than 90 anonymized cases of the type in which she herself was involved. She talks about the social system being about money, no longer about helping people in need. She was so horrified at the all-encompassing inhumanity and ill-treatment that she brought home case files to anonymized publish them. Bitten Vivi Jensen proved that these are not isolated cases, but a pattern, a failure of the system. Or a basic faulty system.

The Danish state immediately responded to the disclosures. ***On January 29, 2020, she will risk up to two years of prison for illegally disclosing confidential information. The system that enables systematic tax crown fraud remains untouched. So far.

There seems to be no one who would consider that the alleged solution to a problem, the modernization and privatization of public services, has evolved into a larger problem than the original one: an alleged increase in non-real costs, at any rate not in Germany, though there is constant talk of it.
The social safety net has been transformed into a business model for unscrupulous smart people who are now filling their pockets at the expense of the poor, the weak and the sick. There is something wrong in Denmark!

How is it in Germany? Is Denmark our future? How much Denmark is there in the German social system? Why do we know nothing about the Danish conditions?

It would certainly make sense if there were European media dealing with what was happening in the other countries. In most cases, the European media finishes their research at national borders. We know very little about what is really happening in the EU, what tasks others are doing better or worse than we are. We don’t learn from each other. There is no European public. We only hear about Brussels. And Brussels has a bad reputation.

We don’t know, for example, that the ”Ministry of Truth” on Wikipedia and at the state broadcasters that has been planned in Germany over the past two years is slowly taking shape – in secret – but has already been introduced in Israel. From there it must be transferred to the English Wikipedia. Reports on Palestine in the United States only come from Israeli television sources, which is what the imperial politicians of the Five-Eyes dream of and call freedom of information. Five-Eyes is the United States, the United Kingdom, Australia, New Zealand, (Canada) and since 1967 Israel has also been part of the cooperation. (In 1954 Denmark joined Nine Eyes, an extension of Five Eyes, together with Norway, France and the Netherlands) German politicians are being encouraged to dream as well.

They do not know what they are doing, because the development is kept secret, as planned under TTIP. And the unsuspecting German politicians consider this ”new territory” super-modern, trendy and nice. We also do not find that the Danish social system has broken down and is lost. Maybe we aren’t supposed to know anything about it. And the Danish media in the happiest country in the world don’t really want to know about it either. And the same goes for many happy Danes.

Apparently, it remains perfectly fine to reveal corrupt individuals, government officials and outsourcing specialists. Individual errors on a personal level. Yes, human errors! But to question a corrupt social system? That would be a huge number. Does it have to be this way?
Then you better close your eyes and enjoy yourself. After all, it is only the others who become ill and unable to work.

The failure of the media to report errors in the system is itself a failure in the system. The digital opportunities are exploited solely to strengthen business models and expected yields and not to improve the scope and quality of information to the public.

Who really benefits? Wouldn’t it be time for an alternative European public to deal with such structural problems as well? I bet Denmark can be found everywhere.