The Boot Is Coming Down Hard And Fast

By Caitlin JohnstonePublished On: 10. April 2021Categories: Technology & Media
A lot's been happening really fast. It's a white noise saturation day and it's impossible to keep track of everything going on, so I'm just going to post my thoughts on a few of the things that have happened. 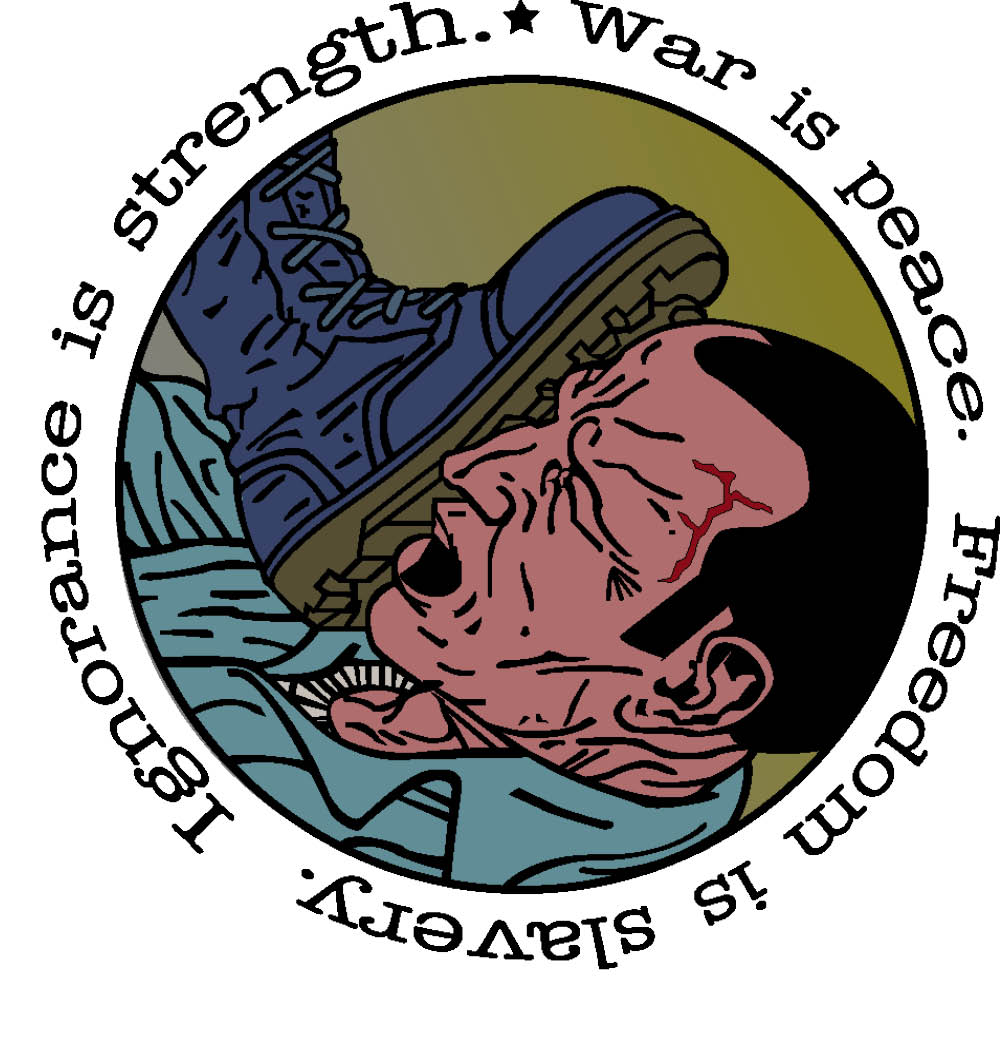 Biden has announced plans to roll out new domestic terrorism laws in the wake of the Capitol Hill riot.

“Mr. Biden has said he plans to make a priority of passing a law against domestic terrorism, and he has been urged to create a White House post overseeing the fight against ideologically inspired violent extremists and increasing funding to combat them,” Wall Street Journal reports. [1]

Did you know that Biden has often boasted [2] about being the original author of the US Patriot Act?

The first draft of the civil rights-eroding [3] USA PATRIOT Act was magically introduced one week after the 9/11 attacks [4] . Legislators later admitted [5] that they hadn’t even had time to read through the hundreds of pages of the history-shaping bill before passing it the next month, yet somehow its authors were able to gather all the necessary information and write the whole entire thing in a week.

This was because most of the work had already been done. CNET reported the following [6] back in 2008: “Months before the Oklahoma City bombing took place, [then-Senator Joe] Biden introduced another bill called the Omnibus Counterterrorism Act of 1995 [7]. It previewed the 2001 Patriot Act by allowing secret evidence to be used in prosecutions, expanding the Foreign Intelligence Surveillance Act and wiretap laws, creating a new federal crime of ‘terrorism’ that could be invoked based on political beliefs, permitting the U.S. military to be used in civilian law enforcement, and allowing permanent detention of non-U.S. citizens without judicial review. The Center for National Security Studies said the bill would erode [8] ‘constitutional and statutory due process protections’ and would ‘authorize the Justice Department to pick and choose crimes to investigate and prosecute based on political beliefs and associations.’

Biden’s bill was never put to a vote [9] , but after 9/11 then-Attorney General John Ashcroft reportedly credited his bill with the foundations of the USA PATRIOT Act.

“Civil libertarians were opposed to it,” Biden said in 2002 of his bill [10]. “Right after 1994, and you can ask the attorney general this, because I got a call when he introduced the Patriot Act. He said, ‘Joe, I’m introducing the act basically as you wrote it in 1994.’” 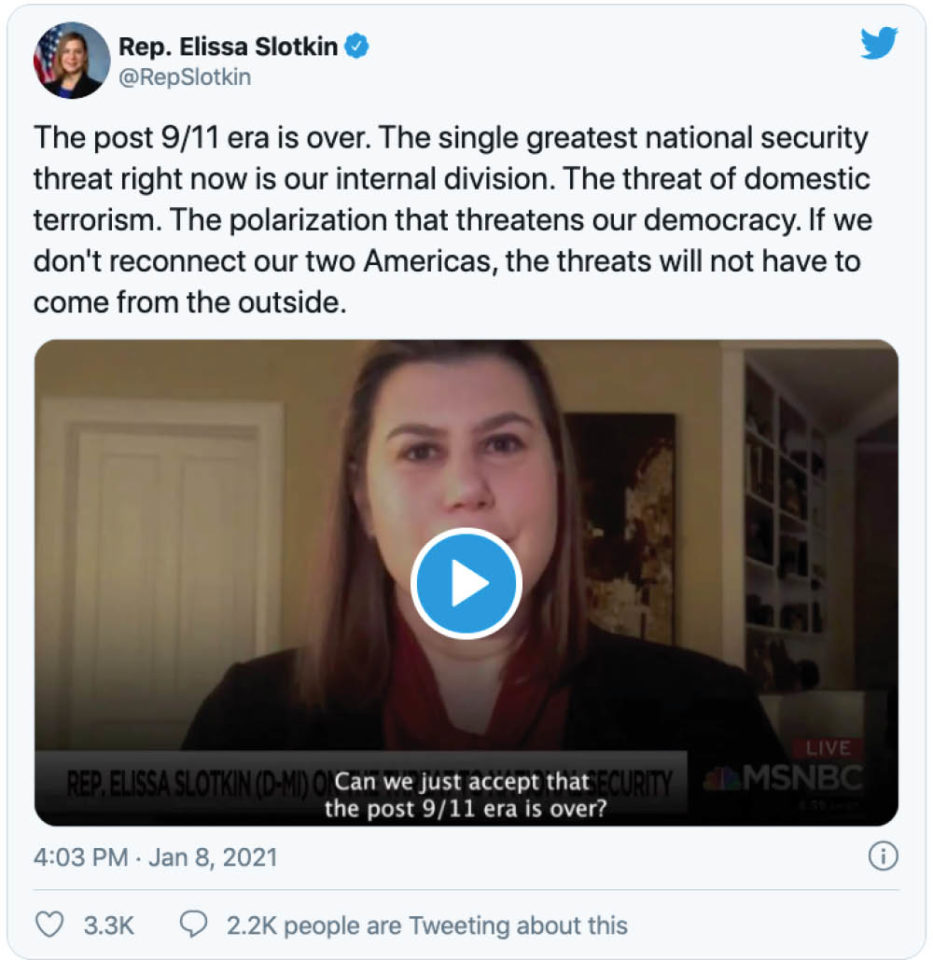 A recent Morning Joe appearance by CIA analyst-turned House Representative Elissa Slotkin eagerly informed us that the real battle against terrorism is now inside America’s borders.

“The post 9/11 era is over,” Slotkin tweeted while sharing a clip of her appearance. “The single greatest national security threat right now is our internal division. The threat of domestic terrorism. The polarization that threatens our democracy. If we don’t reconnect our two Americas, the threats will not have to come from the outside.” [11]

“Before Congress, Elissa worked for the CIA and the Pentagon and helped destabilize the Middle East during the Bush and Obama admins,” tweeted journalist Whitney Webb in response. “What she says here is essentially an open announcement that the US has moved from the ‘War on [foreign] terror’ to the ‘War on domestic terror’.” [12]

In response to pressures [13] from all directions including its own staff [14], Twitter has followed Facebook’s lead and removed Donald Trump’s account.

And it wasn’t just Trump. Accounts are vanishing quickly, including some popular Trump supporter accounts [15]. I myself have lost hundreds of followers on Twitter in the last few hours, and I’ve seen people saying they lost a lot more.

It also wasn’t just Trump supporters; leftist accounts are getting suspended too [16].

The online left is hopefully learning that cheering for Twitter “banning fascists” irrationally assumes that (A) their purges are only banning fascists and (B) they are limiting their bans to your personal definition of fascists. There is no basis whatsoever for either of these assumptions. 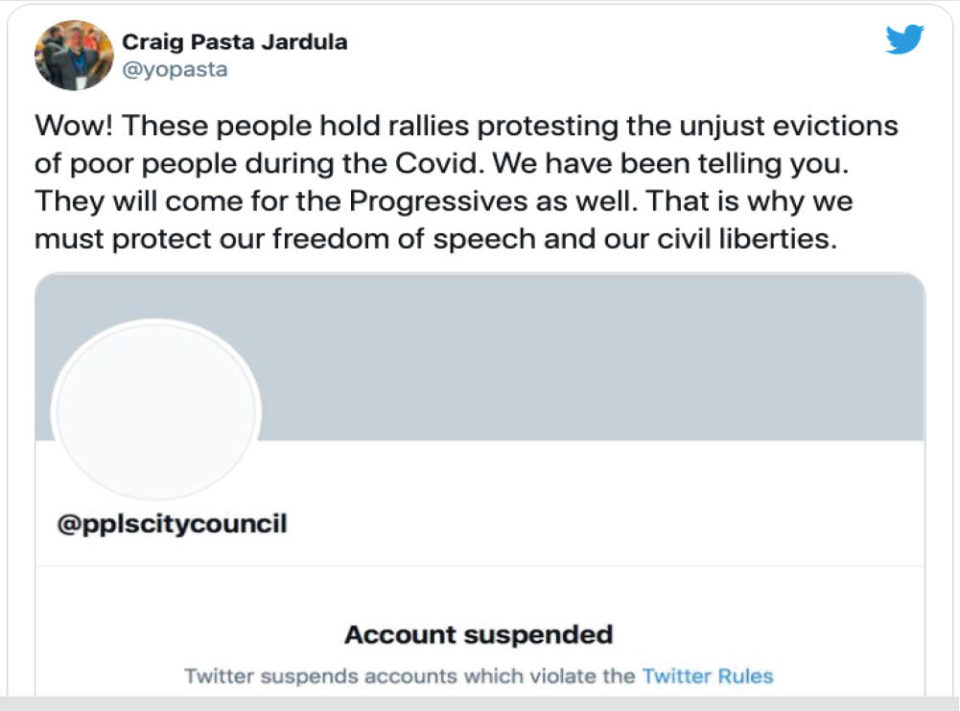 Google has ratcheted things up even further by removing Parler [18] from its app store, and Apple will likely soon follow [19]. This push to marginalize even the already fringey social media sites is making the libertarian/shitlib argument of “If you don’t like censorship just go to another platform” look pretty ridiculous.

This is all happening just in time for the Biden administration, about which critics had already been voicing grave concerns [20] regarding the future of internet censorship.

The censorship of a political faction at the hands of a few liberal Silicon Valley billionaires will do the exact opposite of eliminating right-wing paranoia and conspiracy theories, and everyone knows it. You’re not trying to make things better, you’re trying to make them worse. You’re not trying to restore peace and order, you’re trying to force a confrontation so your political enemies can be crushed. You’re accelerationist.

A Venn diagram of people who support the latest social media purges and people who secretly hope Trumpers freak out and attempt a violent uprising would look like the Japanese flag.

“Domestic terrorists” “coup” “attacks on our democracy” welcome to the latest iteration of the War on Terror.

The Boutique Left, in the blink of an eye, discards all talk of healthcare & stimulus checks to help lay the groundwork and usher in a new age of authoritarianism. [21]

The correct response to a huge section of the citizenry doubting an electoral system we’ve known for years is garbage would have been more transparency, not shoving the process through and silencing people who voice doubts and making that entire faction more paranoid and crazy.

Supporting the censorship of online speech is to support the authority of monopolistic tech oligarchs to exert more and more global control over human communication. Regardless of your attitude toward whoever happens to be getting deplatformed today, supporting this is suicidal.

[17] Craig Pasta Jardula: „Wow! These people hold rallies protesting the unjust evictions of poor people during the Covid. We have been telling you. They will come for the Progressives as well. That is why we must protect our freedom of speech and our civil liberties“. 08.01.2021. <https://twitter.com/yopasta/status/1347738646368149511>

[20] Ryan Mac and John Paczkowski: „Apple Has Threatened To Ban Parler From The App Store“. 08.01.2021. <https://www.buzzfeednews.com/article/ryanmac/apple-threatens-ban-parler> 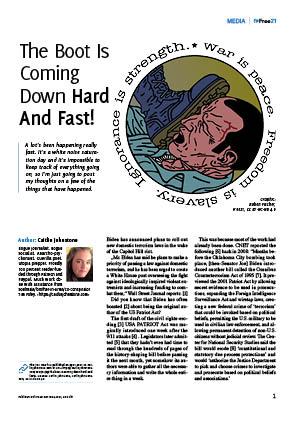 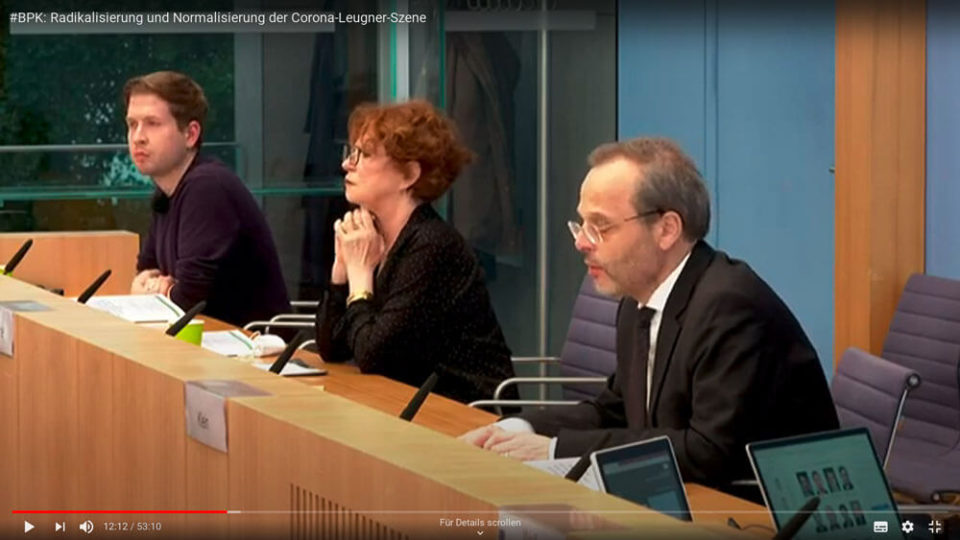